Giallows, "Almost Alive at the Factory of Fear" 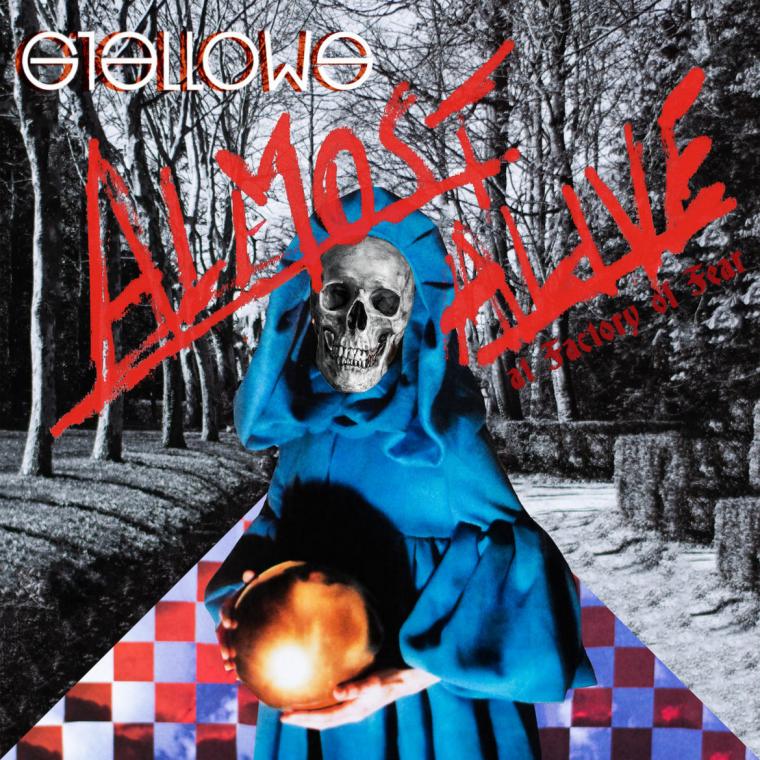 Giallows, "Almost Alive at the Factory of Fear"

The Quad Cities' mainstay psych-rock/improv/freak goth crew Giallows dropped a live album in October that documents a show they played in July 2019 at Moline venue Factory of Fear. Despite its origin as a live recording, the band’s decision to release it as a stand-alone album seems justified in light of the relatively high production value and solid mixing job – far from a one-microphone room recording. While Giallows have released 20-minute-plus doom-metal jam odysseys and synth-abetted horror-score sessions, the set here consists mostly of relatively straightforward “rock” songs, complete with full lead vocal performances and more legible riff structures.

Opener “In This Chest” bumps over a heavy, low-end power-cord chug, but the song manifests as something closer to a power pop anthem, with multiple band members’ vocal harmonies layering into something akin to a chipper melody – an interesting counterpoint to the otherwise gloomy atmosphere. While many bands’ attempts to milk the concept of genre fluidity land firmly in the “jack of all trades, master of none” territory, Giallows actually seem to have put a lot of work and attention into each quadrant of their output, proving just as (if not more) capable of writing more conventional rock bangers as launching into interminable dark-psych improv jams.

Even when the band allows themselves to stretch out into slightly longer pieces, such as the three six-minute-plus tracks in the middle of the record – “Fly, My Heron,” “Mouthful of Teeth,” and “Star Missing” – they keep one foot grounded in the realm of pop rock, working through chord progressions that highlight melodic guitar configurations and twinkling electric keyboards.

For decades, the Reader has published Quad Cities live music event listings, plus hundreds of album reviews and preview articles on local and touring musicians. Please help the Reader keep going (and the area music coverage coming) with your one-time, monthly, or annual support.