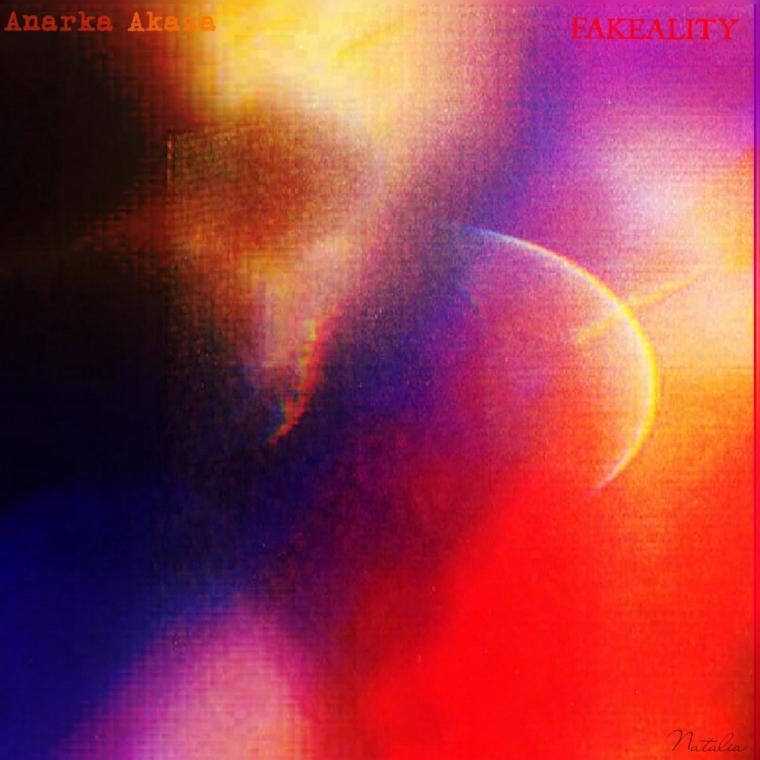 Moline's self-described no-wave noise rock project Anarka Akaza unveiled Fakeality (get it?) in early October. Though the project’s Bandcamp page features a spare EP from 2016, the album is the project’s first full-length release – though another release, Nihilistic Endorphins, seems to be ready to drop at some point in November. Landing somewhere between a chaotic burst of metal brutality and a free-for-all noise collage album, Fakeality fills its running time with incidental patches of field recordings, random snippets of dialogue, bursts of in-the-red guitar shred, and overdriven drum-machine beat-downs.

The track “Hom0s4p13n sp33ch” burps and lurches over crudely recorded volleys of speech and what sounds like an unplugged electric guitar, mic-ed close enough so even the un-amplified string noises can be heard in the final recording. When the voices start to get disfigured by flanging and distortion effects, the general result veers closer to “dangerously stoned” in execution. We wonder why these recordings might have made the final take of a project’s debut album, but we’re not necessarily mad about it. It’s goofy and fun as hell, clearly throwing a middle finger up at conventions of recording quality and typical songwriting, while actually managing to descend to weird-ass levels of noise abstraction.

Then we have the miserably named “Pregnant with a Fascist Baby,” which manifests as some twisted version of glitched break-core techno and noise confusion, formulated from tiny clips of staccato percussion and synth output that stack into rhythms as they repeatedly hit the mix. At seven minutes, the song would wear out its welcome if it wasn’t for the waves of distortion that come to take over the mix – if I were a betting man, I’d say these tracks were made on the Roland SP404 sampler, with the Multi-Effects button held down and randomly switched between effects like reverb, delay, and granulation. Other moments seem to feature the tinny, chordal sounds of the Electribe EMX-1, with its MIDI-guitar chirps.

For decades, the Reader has published Quad Cities live music event listings, plus hundreds of album reviews and preview articles on local and touring musicians. Please help the Reader keep going (and the area music coverage coming) with your one-time, monthly, or annual support.